Since 1992, considerable parts of Azerbaijan’s territory held illegally occupied by Armenian troops. The international community has made clear in several resolutions that this occupation can not be tolerated. Azerbaijan Student Network (ASN) has now interviewed Tancred Schipanski (CDU), Member of the German parliament, about the current state of German foreign policy in the Caucasus conflict.

Tancred Schipanski: “The territorial integrity of Azerbaijan and the fate of the refugees are inextricably linked. Germany participates as a member of the OSCE Minsk Group, as well as at European level in the peaceful settlement of the conflict, and to the suffering of the refugees to end as soon as possible and give them a safe return to their homes.”

The entire interview was published at DTJ (Deutsch Türkisches Journal). 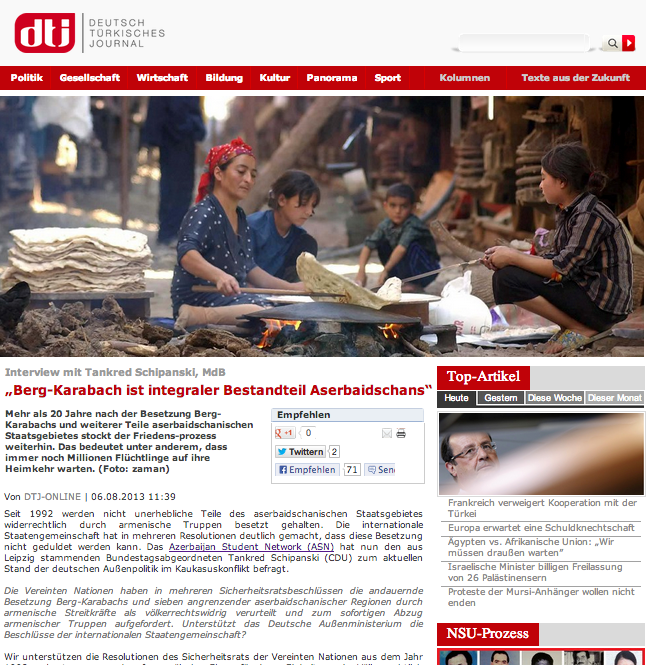