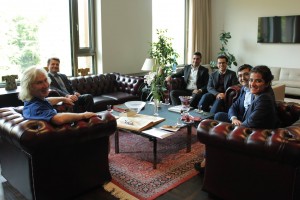 On the 23th of September Mr. Hüseyin Avni Karslioglu, the Ambassador of Turkey to Germany received the members of ASN in his office, together with the Embassy Counsellor Mr. Mert Özmert, who had participated in the inter-religious Iftar-Meal at Sehitlik Mosque in July.

It was a friendly and easy-going conversation accompanied by Turkish tee and small treats.

Mr. Hüseyin Avni Karslioglu belongs to one of the most prominent Turkish diplomates. It was especially interesting for the ASN members, as he had lived in Baku for a year, which had been „alas, too short“ for him. He would have spent 4-5 years more there as Ambassador. After all, Azerbaijan is the motherland of „our ancestors“. His name „Karslioglu“ is not a mere coincidence. His ancestors originally come from the territory of the present Azerbaijan and Dagestan. During his work in Iran, the Ambassador established contacts with many Azerbaijani Turks. “The carrier as Ambassador is the peak level in diplomacy for the Turkish diplomats. To be the Ambassador in Baku is a special highlight! I have made great friends in a short time. Even today I still get presents from Baku. And I really miss those times… You know, I collect historic atlases. First of all, I look at our region, the Caucasus“, said Mr. Karslioglu. 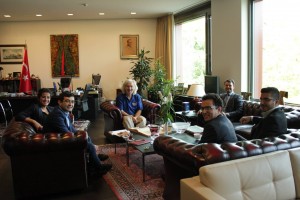 In fact, he has collected many atlases going back to different decades and centuries. He pointed there to the Caucasus region and Turkey, being observed with great interest by the ASN members. It was amazing to see how the borders of Caucasus had changed.

Further on, current topics were mentioned, for example, the refugees’ problematics. Considering that subject the only principle of the Turkish state is „humanism“. Turkey has housed more than 2 million refugees. The reason why the Turkish society is more relaxed about the refugees is because the people are familiar with emergency situations and human suffering. After all, Turkey has been always the asylum for many from conflict areas: refugees from Iraq, Iran after the Revolution of 1979, Balkans and Bulgaria, Sephardic Jews in 1492, as well as Germans fled from the Nazi regime.

In relation to the Armenian issue, including the events of 1915 or the Nagorno-Karabakh conflict, one has difficulties in public. In Europe, Germany included, there is selective perception towards those conflicts. Nobody takes into account the argumentation of the Turkish and Azerbaijani sides. „Moreover, not a single word has been said about the cruelties of the Armenians. In order to let the facts be known the Azerbaijani Turks and Turkish Turks should cooperate“, said Mr. Karslioglu.

Together with other foreign policy issues, there was a question, why so many Turkish graduates left Germany to live and work in Turkey. There are many factors for that. Being in Germany they feel themselves as second-class employer and confront discrimination. Due to German qualification graduates have brighter prospects in Turkey, as they can earn more and enjoy a better life.

Finally, Asif Masimov from ASN presented a book about Azerbaijani miniatures and the ASN-Yearbook with the association accomplishments.

It was a great honour for the ASN members to meet and talk to the Ambassador and Embassy Counsellor. We sincerely thank them for the warm reception and are looking forward to getting together in the future. 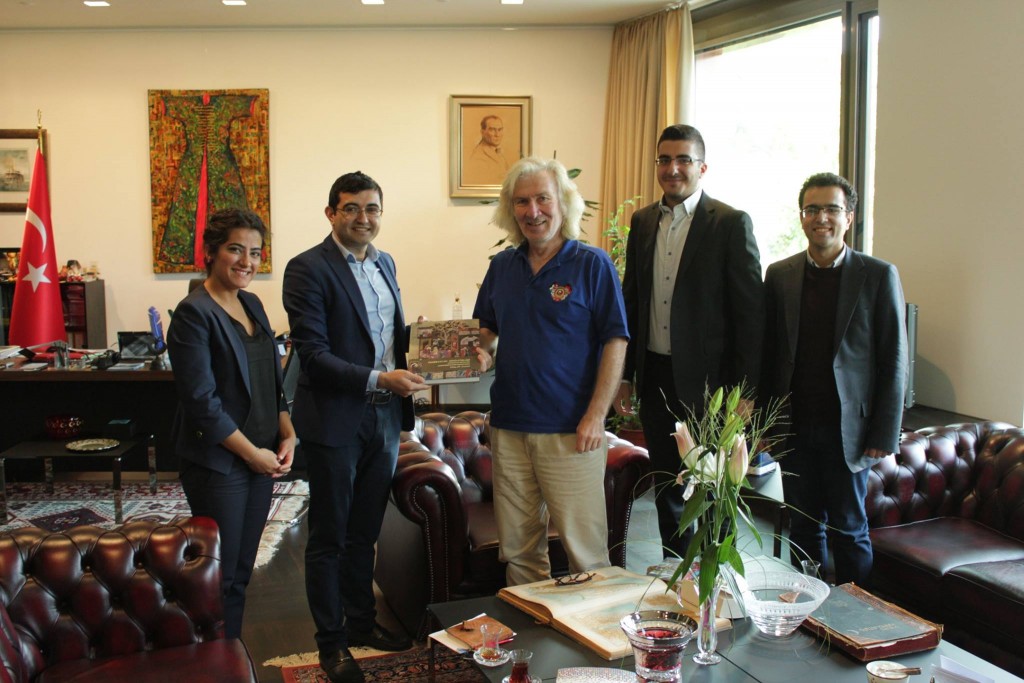