Rome the capital of Italy, hosted in United Nation’s MUNDUS program as a European city this year. Starting at 14th up to 18th March representatives from more than one hundred countries visited Rome regarding this simulation program. Last day of the program devoted to all participants in order to share and promote their products, services and anything in which they are best of. In this International Carrier Day ASN being an organization which both expands its borders over Europe and builds a bridge between west and east played a very important role in promoting Azerbaijan’s culture and heritage to all guests. Guests and representatives who were eager to hear about Azerbaijan reported with a profound information with reference to its culture, history, recent developments and sightseeing places. ASN members found guests quite interested in Azerbaijan’s musical instruments, old clothes and historical monuments. They also provided with information regarding ASN Italy’s recent activities. They were told that being a very young organization in Italy ASN started to organize some events that affected a lot of people in a good way. Students who were interested in scholarships and internships catered by the staff and provided with materials that were already on the desk. Azerbaijan’s ambassador in Italy mister Vaqif Sadiqov also joined to the International Carrier Day and highly appreciated ASN members active participation 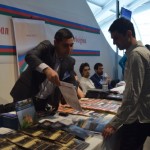 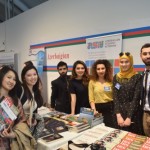 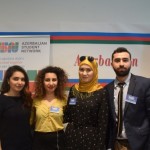