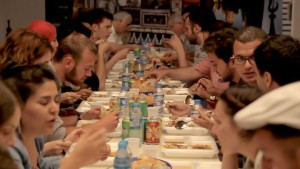 7 July 2015, the Iftar table is laid in Berlin with the initiative of the Azerbaijan Student Network (ASN) and organizational assistance of the Jews Student Center Berlin, the Evangelic Student Community and the Protestant Youth in Berlin, Brandenburg and the Silesian Upper Lustatia (EJBO). The event, which brought together Muslim fasting people and the believers of Christianity and Judaism, took place at Shehitlik-Mosque in district of Neukölln. The evening was attended by the representatives of several political institutions and communities, including Azerbaijan and Turkish Embassies in Berlin, CDU and SPD parties, and the Mass Media.

The organizers have noted that the interreligious conflicts which have been persisting since long ages could only be averted through the promotion of interreligious dialogue and the establishment of multicultural and tolerant environment. The members of the ASN talking about the significance of the Azerbaijani multicultural model of the co-existence, have highlighted that Azerbaijan has been able to develop social circumstances which embraces all the people regardless of their nationalities, races and religions. They expressed their wishes that it is the wish of each of them to see the similar social success in all countries which struggle with the racism and xenophobia. It was their goal in organizing the Iftar table to contribute to the promotion and establishment of interfaith dialogue and friendship.

The guests who made speeches at the evening stressed the importance of gathering of the members of different faiths together and highly valued the efforts of the ASN. The representatives of the Berlin Jews Student Network underlined the necessity of multicultural and tolerant environment for the establishment and maintaining peace and friendship between nations and religions. They highly valued that working for peace is one of the primary goals of the Azerbaijan Student Network.

Before and after the Iftar meal along with live music was performed. 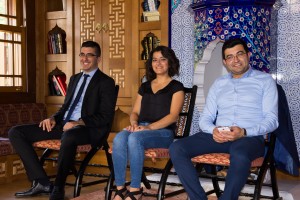 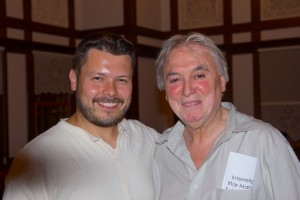 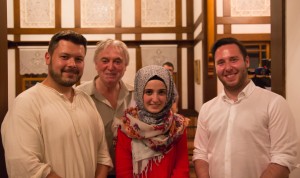 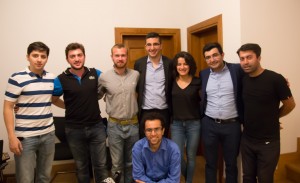 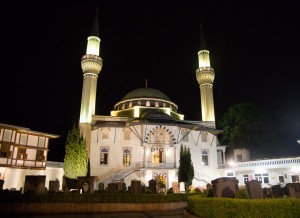 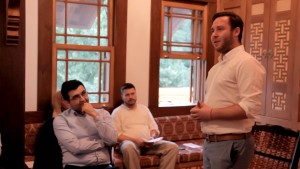 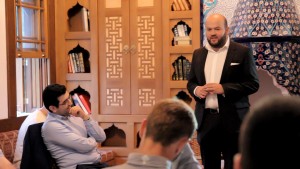