Azerbaijan Student Network and Coordination Centre for Azerbaijanis in Germany in cooperation with the Azerbaijani House  have organized the commemoration night on the occasion of the 98th anniversary of March Genocide committed against the Azerbaijanis throught the country at the outset of XX century for the insidious purpose of establishing the “Great Armenia” in the territory of Azerbaijan. The Extraordinary and Plenipotentiary Ambassador of Republic of Azerbaijan in the Federal Republic of Germany Parviz Shahbazov greeted the event participants and delivered his speech on the significance of the commemoration of March Genocide unitedly by all Azerbaijanis living in Germany and elsewhere abroad in order to raise Azerbaijan’s genuine voice duly and sufficiently to the world community.
The remembrance was followed by the Executive Director of Coordination Centre, Heydar Mirza’s presentation on the main causes and consequences of the genocide, adressing a number of thought-provoking questions to the participants. “Besides being an appaling tragedy for the Azerbaijani nation, the genocide could also be regarded as the “birthday” of Azerbaijan since it was an impetus for Azerbaijanis to unite under the only and one goal of forming the Azerbaijan Democratic Republic.” The discussion on the topic continued around the tea table at the informal level. 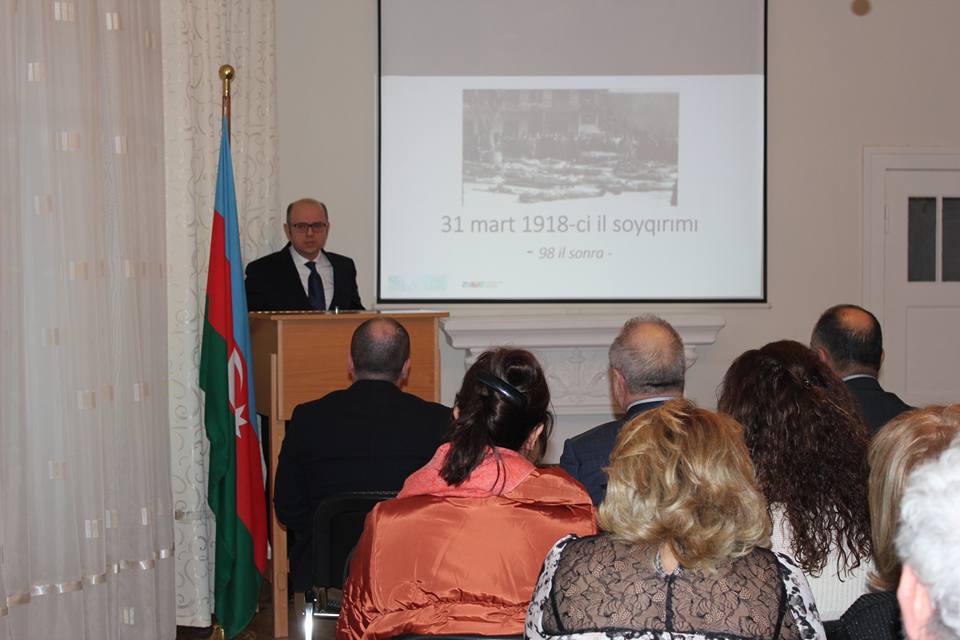 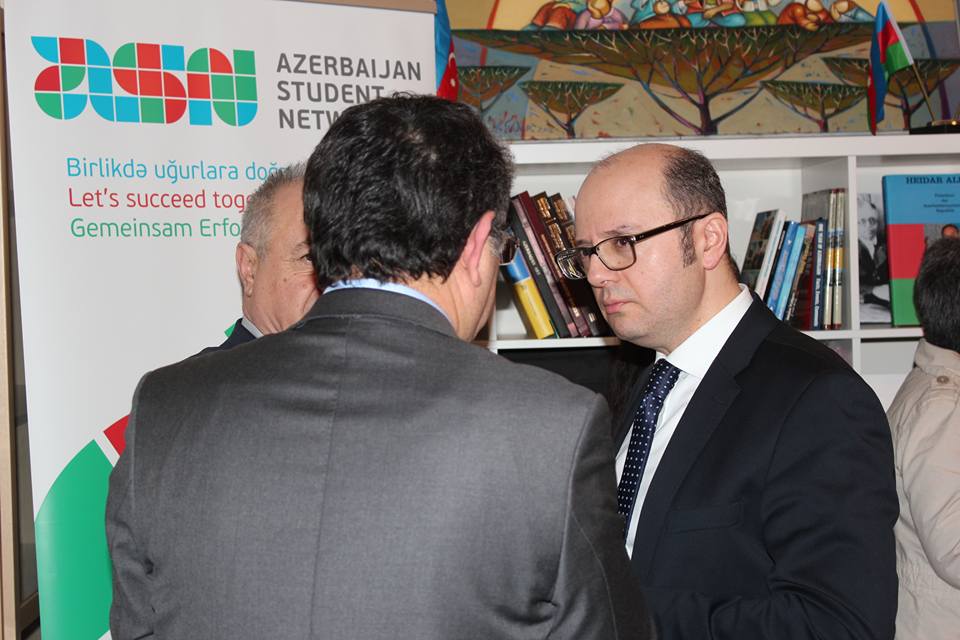 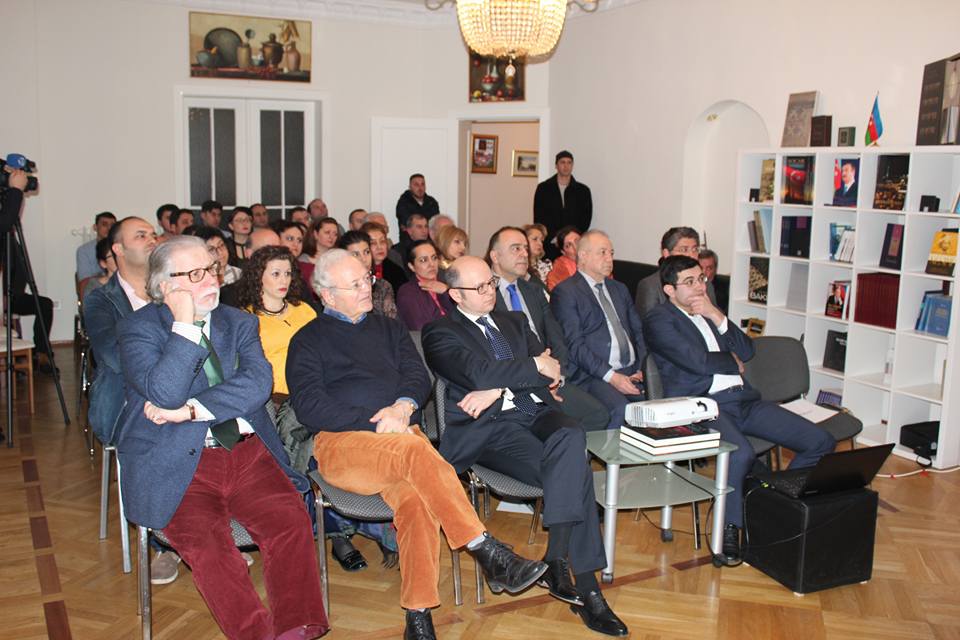 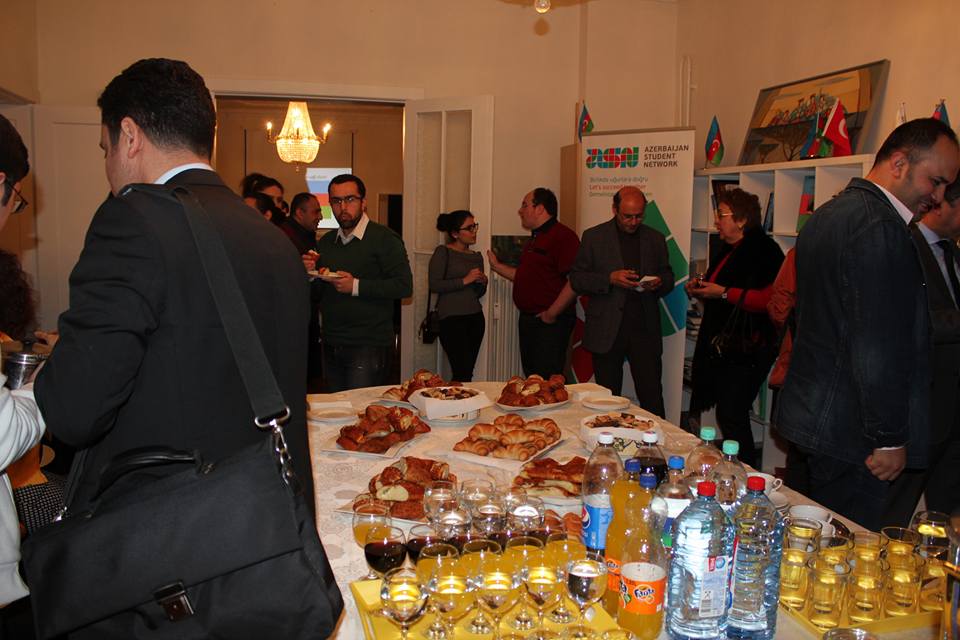