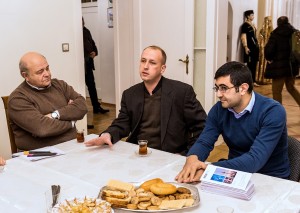 Islam in Azerbaijan is a topic that is not mentioned very often. The reason for this can be the fact that in Germany there are not many experts specialising in this field. Taking this into consideration, it becomes even more important to exchange views and information about Islam in and around Azerbaijan with Dr. Rufat Sattarov. He is an independent scholar of Islamic studies and Turkology, currently living in Berlin. The topic of his dissertation is: “Islam, State, and Society in Independent Azerbaijan”. The monograph based on his dissertation was published in Wiesbaden in 2009.

This time the Talk&Cay round table took place in the Azerbaijani House on the 21st of November with discussions about Islam in Azerbaijan with a special emphasise on political and socio-cultural developments during the Soviet period.

At the present time, Islamic developments in Azerbaijan  attract attention of scholars and experts as never before. This year the participation level of local believers in religious ceremonies linked to the commemoration day of the Battle of Karbala and the death of Imam Hussayn (The Ashura day) was extremely high.

During the meeting, Dr Sattarov presented peculiarities of Islam and historical development of its institutions in Azerbaijan. He also emphasised that in Azerbaijan Shiites and Sunnis had been living together since long ago.

In the end, participants asked Dr. Sattarov lots of interesting questions regarding different aspects of “Islamic revival”  and terrorism threats on behalf of religion in Azerbaijan. While answering those questions, Dr Sattarov paid special attention on problematics of terminology and its instrumentalisation, interpretation and misuse in modern media.

It was a truly inspiring evening, showing tolerance, mutual respect and understanding among its participants.

We are preparing even more events. On 27th of November a film about Nesimi will be presented in the Azerbaijani House. Unfortunately, the film screening will be held in Azerbaijani only, as there exist no English or German versions of it. Additionally, Michael Heß will held a short talk about Nesimi. 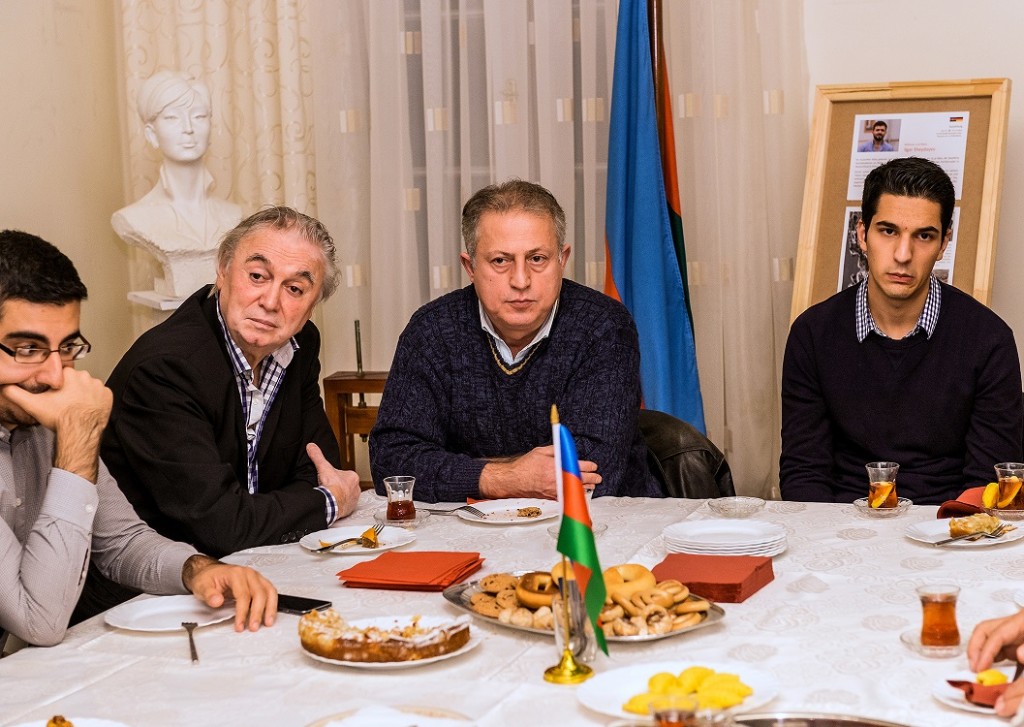 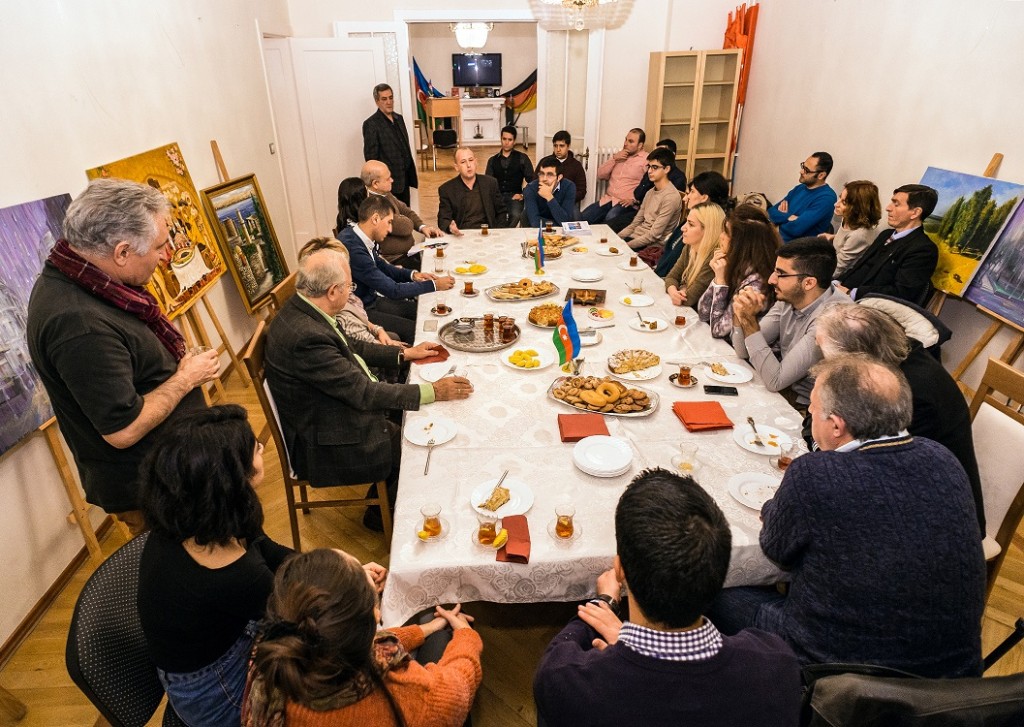