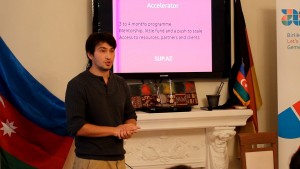 On November 14th Azerbaijani Student Network (ASN) with the support of “Azerbaijani House” have organized the speech of Nail Valiyev on topic of “Baku Startup Scene: Connecting Baku with other tech hubs

Nail has MBA and Master in Management degrees in London where he started working for one of the largest incubator. Founded a number of London-based startups. CEO at Khazar Ventures – the first seed fund in Baku where responsible for fundraising, investments, portfolio management and strategy. An advisor and mentor for startups and tech companies in various countries. Has been involved in startup ecosystems of Silicon Valley, Baku, Istanbul, Moscow and London for over 5 years.

Many countries want to replicate Silicon Valley and try to make it in different ways – legislation reforms, incentives for startups and investors, creating and developing institutions promoting and educating technology and entrepreneurship etc.

Baku doesn’t have many advantages over other technology hubs but one and this is indisputable – it’s multilingual and multicultural. Majority of educated people in Baku would speak Turkish, English, Russian and Azerbaijani. It could be potentially a regional tech hub, where we would attract investors, startups, entrepreneurs and talent to the country. Thus it makes sense to connect Baku with many other technology ecosystems across the world. Nail mentioned that Khazar Ventures is not just working with private and public institutions but also try to connect Baku with Silicon Valley, Berlin, London, Istanbul and many other hubs by working together with business angels, venture capital firms, startups. However, Nail believes that it is possible to bring back engineering talent that Baku has lost after the independence from the Soviets. By bridging Baku and other ecosystems we create the potential to bring investors, startups, universities and institutions to the country. In order to make that happen, there should be a strong support from the government, private companies and universities. This will create the right entrepreneurial environment, will be a base for venture capital and accelerators, create and attract tech talent to the country. 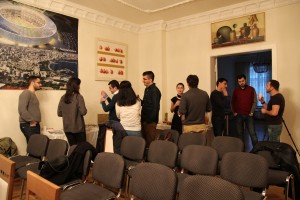 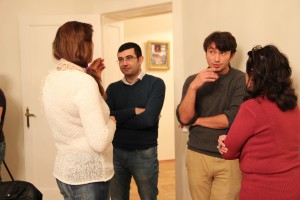 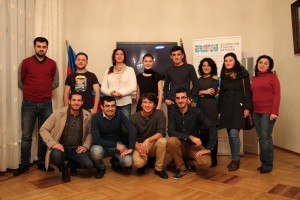