On 29th of April, Azerbaijan Student Network organized an event with the participation of Pope Francis in Vatican. Azerbaijani students in Rome have joined their forces for the sake of the only objective, which brought them together. The youth from Azerbaijan, the country that endured pain, caused to their children, long for a world, in which no children would suffer from war, neither would they die in any conflict. 23 years ago in Khojaly, as Azerbaijani people became victims of a genocide, 63 children lost their lives in one bloody night. Still feeling the sorrow of this tragedy, the Azerbaijani youth pleads to stop this cruelness all over the world. Children are sinless; they have no interest and no share in the armed conflicts, waged by adults.

Our idea was to provide an opportunity for children to stand up for the rights of other children, to make their voices heard by the Pope and the world, hoping to contribute to our dream of a better peaceful world. 40 Italian children, mainly from the city of Sabaudia, marched together with their Azerbaijani fellows across the Via Concelliazione with candles and daisies in their hands to St. Pietro. Taking their places near Holy Father, they stretched their letters to him. The Supreme leader Pope Francis was awared about the project and its objective. They told Pope that children’s wish is to live in a world with no any fear. Their dream is for all children in the world to have a future. They condemn killing of children in Ukraine, Syria, Iraq, Khojaly/ Azerbaijan, Nigeria and other countries, in which innocent children die.

Our ultimate goal was to attract attention of the people from all over the world for the sake of peace and justice regardless of different languages and religion. These 40 children, belonging to various religions, marching together for the same goal, taught us, adults, how easy, it is to be simply a human. These children have shown their empathy also for the massacred children of Khojaly. Albeit ignored by the world of adults, those massacred kids and infants have been commemorated and empathized by the children of the world. 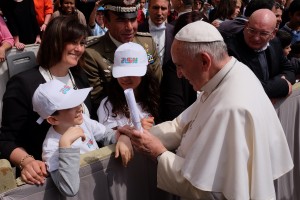 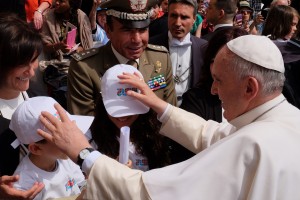 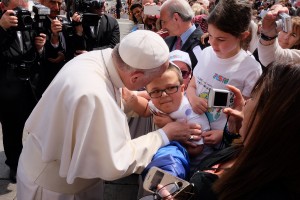