On the 9-10th of September capital of the Czech republic hosted the third meeting of the joint intergovernmental commission for economic, scientific-technical and cultural cooperation between Azerbaijan and Czech republics .

Azerbaijan Student Network representative Eldar Valiyev also participated in the work of the joint commission interpreting for Azerbaijani and Czech officials during negotiations and signing of the final protocol.

The meeting paved road for a memorandum of understanding on cooperation in the agrarian sphere that was signed in Baku between the agriculture ministries of the two countries later on September 15th  during official visit of the Czech President Milosh Zeman to Azerbaijan.

President of Azerbaijan Ilham Aliyev speaking of strengthening ties between Azerbaijan and Czech Republic remarked that “A meeting of the [Azerbaijani-Czech] intergovernmental commission has been held recently which is also an important format”. 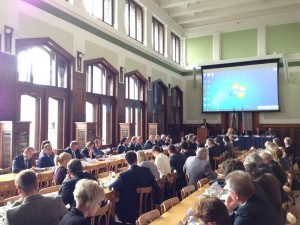 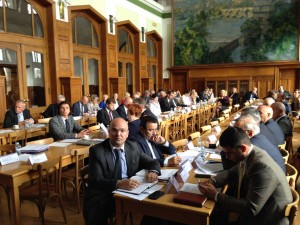 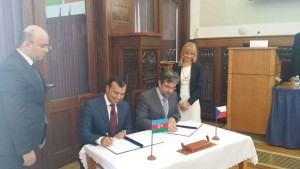