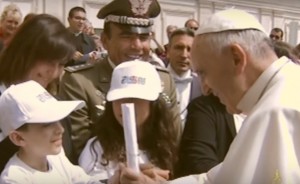 Dear friends, The Azerbaijan Student Network staff and members are deeply saddened by the news of recent France and Lebanon terrorist attacks. Our hearts are with families of all victims of this inhumane violence. Terrorism is a common threat for many EU and non-EU nations of different faiths and in this hour we need to stay united and cooperate in order to overcome this danger. Being students and youth from a predominantly Muslim country – Azerbaijan – we would like to note that our nation of 9 million people is facing an occupation of its territory by a neighboring state for more than 20 years and has a million IDPs and refugees.

Over the last few years Azerbaijan witnessed more than three dozen terrorist attacks and violent acts of ethnic cleansing such as the Khojaly massacre which was implemented or instigated with extensive use of Christian symbols by Armenians against Azerbaijanis. Yet, we’ve neither fallen into indiscriminate stigmatization of Christianity nor coined the term “Christian terrorism”, nor did we commit any act of terror on the Armenian civilian targets in return.

Representing these values of Azerbaijani society, our organization stands for peaceful existence of all religions and nations and promotes this through its activities. We would like to share with you our latest video that we’ve prepared in cooperation with the Holy See. In this video Christian, Muslim, Hindu and Jewish children are being received by the Pope Francis in Vatican and ask the Pope to pray for peace, so children of all nations and religions can live without fear.

Today, when different terrorist groups are trying to destroy the peace between religions and bring chaos to Europe, we feel that it’s crucial not to fall into the snare of condemning particular religions for acts of a small marginal group of fanatics presumably done in the name of a religion that they obviously don’t understand. With this video we want to remind everyone that the basic European values are intercultural and interreligious tolerance and value of human life, especially life of the innocent children, be it children and civilians from a small Azerbaijani town of Khojaly, Russian Beslan or such cities as Paris, Moscow, Beirut or Ankara. We reject violence and terror, and with this message delivered to the Head of the Catholic Church we’ve asked him to call upon the world to stop violence.

Video about the project: