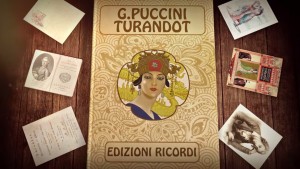 Few disagree that Puccini’s final opera Turandot ranks amongst his most famous and frequently staged pieces. Even those with little knowledge of opera will recognise the aria Nessun Dorma, sung by Prince Calaf as he promises to win over the Chinese princess Turandot’s heart from its opening chords. Despite this, few look at the sources for the plot. It is generally thought that Puccini came across the story when reading Schiller, and asked his librettists to work on it. However, Adami and Simoni refer to an earlier source – Carlo Gozzi’s play of Turandot. A lesser-known fact is that Gozzi picked up the plot from either De La Croix’s Thousand and One Days or the later version of Alain-René Lesage book. Even in the most learned circles, almost no-one is aware that the origins of the story should be attributed to the 12th century poet Nizami Ganjavi (1141–1209) and his Haft-Peykar poem, translated as Seven Beauties.

But who is Nizami and why is it important to know him? Nizami Ganjavi, a 12th century poet and philosopher born in Ganja – now the second-largest town in Azerbaijan – was one of the earliest exponents of multiculturalism, who also developed thoughts on gender equality that were way ahead of his time. As he wrote predominantly in Persian, Nizami became very popular outside his hometown, and his influence is still strong in the Middle East, the Caucasus, and Central Asia. However, in the wider world, his oeuvre remains almost unknown beyond a narrow academic circle. 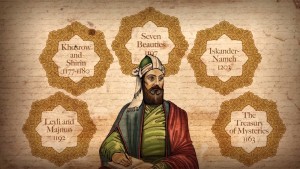 Little research has been completed on the connection between the story of the colour red, as mentioned in the Seven Beauties, and Puccini’s Turandot. Such specialists as Dr Maria Teresa Giaveri, a professor of Comparative Literature from the University of Turin, and renowned Nizami scholar Dr Christine van Ruymbeke of Cambridge University, agree that the poet’s legacy remains open for further study and discovery by the general public.

Italian composer Lorenzo Ferrero agrees that Nizami’s legacy remains unknown, as librettists were unaware of the origins of the plot. He commented: “The only solution is the development of a greater interest by scholars in ‘Eastern’ authors and their cultural reality. Soprano Nina Stemme, who performed the role of Turandot in La Scala’s Expo 2015 opening season, shared her experience of getting acquainted with Nizami: “I realised that the origins come from Oriental culture, but I could not really trace it back. …Puccini has set it in China, but there is still a Persian prince, and Calaf is of Tartar origin… Puccini has sort of made it his own, and adapted it for his own means.”

A short animated video “The Story of Continuity: from Nizami to Puccini” narrates this complicated story of cross-cultural exchange.

A part of a curatorial initiative by Asli Samadova, a Milan-based freelance consultant and project manger, in partnership with the Azerbaijan Student Network, an NGO from Germany, the video is a pilot for a wider initiative entitled Milli Irsimiz – the National Heritage of Azerbaijan that aims at increasing both international and local awareness of Azerbaijani culture. The video can be viewed on YouTube  and TED Education (http://ed.ted.com/on/cM7UXP6E) platforms.